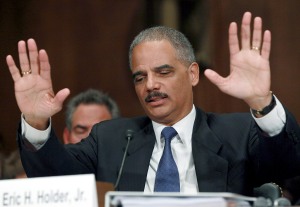 Where do attorney generals go when they leave office? Most just follow the path of retiring generals of our military forces and just fade away or become talking heads. I can’t see our activist AG just going quietly into semi-retired obscurity. He is not yet finished.

In the progressive’s game plan, the control of the Supreme Court is the way they protect progressive gains and carry their socialist agenda forward. What is the top rung for any AG? It is certainly not becoming a part-time player on the ‘talking heads’ bench.

The top rung of the AG ladder ends in the Supreme Court. That is where their legacies can be protected and pushed forward. Of course, there has to be a vacancy on the court. No president, not even Roosevelt or Obama, can expand the court. Several Supreme Court justices are nearing or past a retirement date.

Justices, either liberal or conservative, know the game. They only retire when a like-minded jurist can be nominated by the president and confirmed by the Senate. If the Republicans take control of the Senate in the 2014 mid-term election, President Obama surely recognizes he would have a hard time getting an activist progressive nominee through the Senate.

I believe it was always Mr. Holder’s ambition to continue his socialist agenda on the Supreme Court after serving the president as the chief law enforcement official in the land. He has admirably protected the president from the scandals of the “Fast and Furious” gun running to drug cartels to the IRS’s flagrant partisan discrimination persecution of conservative political groups seeking legal tax exemption status.

Mr. Holder, as the protector of the president, has done an excellent job and deserves being repaid by President Obama. However, his strident partisan approach to enforcing the law of the land, selectively according to the progressive agenda, will make it nearly impossible to get any conservative votes in the Senate for him.

This reality dictated the timing of Mr. Holder’s resignation. If he is going to realize his dream of sitting on the Supreme Court, the president must nominate him while Democrats (progressives) control the Senate. It just may work. If it does, we will have a hard-core activist socialist on the high court for a few decades. Watch for the ‘going out the door’ law enforcement rules he sends out from his office such as anti-profiling.

Written by the author of “Insights: Transforming America — Is This What We Fought For?” available now as an ebook, in paperback or hardcover on Amazon.com or BN.com. Follow the author on Twitter @factsfictions80. If you think this message is important, please share it.