INSIGHTS 260: Lost in the Wilderness 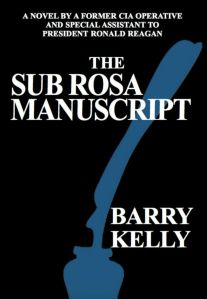 The Iraqi Army is attacking the ISIS stronghold of Fallujah that is also the place al Qaeda Iraq was born. The struggle in Iraq was so much simpler when the U.S. Marines recaptured Fallujah. Much blood and treasure was spent in the heroic Marine push into Fallujah. A decade later more blood, including some more American blood, will be spent in another abortive attempt to ignore facts on the ground and restore a Shiite Iraqi government to power.

It has been apparent for many years that Iraq is not now and never was a cohesive nation. Harsh Sunni dictators kept the lines on the maps that were labelled Iraq in place. The other two elements in Iraq, the Shiites and the Kurds, did not share in the governing process or in the distribution of wealth. The Sunni Army, police and Intelligence forces kept them in place until the forces of the United States destroyed the Iraqi Sunni Army and governing infrastructure in order to install a Western type parliamentary government. In the process we destroyed the balance of power between Iran and Iraq. We know how to fight and win battles. We do not know how to do the nation building required to force fit a western democracy type rule in a part of the world that has no history of democracy or foundation of Western values. Both Presidents Bush and Obama share the blame for the rise of ISIS in Iraq.

Back to Fallujah and facts on the ground. Iraq today is totally a Shiite nation. The ISIS movement is overwhelmingly Sunni and the Kurds are fighting to establish a Kurdistan nation. They will fight to resist any Iraqi Government that tries to subject Kurds to rule from Shiite Baghdad or a Sunni rule in any form, ISIS or not ISIS.

The real threat in the area is Shiite Iran who intends to end up incorporating all of Shiite Iraq and the Iraqi oil reserves. What forces are surrounding Fallujah in the current struggle? Yes! Iranian militias, another name for Iranian government trained and equipped troops, who intend to destroy all Sunni armed groups in the region that could threaten their takeover of Shiite Iraq including Baghdad and south to the Gulf. An Iraqi victory in Fallujah will be a victory for Iran.

US airpower and advisors will be fighting on the side of Shiite Iran against the wishes of our traditional Sunni allies and Israel who want ISIS destroyed but not at the emergence of a more powerful Iran. That is fine with our leadership. The President and his Administration are firmly in the Iranian group. Can there be any doubt after some of the details of the Iranian Nuclear Treaty which is not a treaty have leaked?

Some things cannot be put back in the box and this is one of them.

One response to “INSIGHTS 260: Lost in the Wilderness”