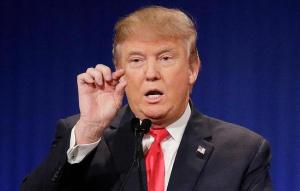 National security specialists look at the world through a very murky lens. They are often wrong about their own specialty. In fact, some noteworthy national security advisors have missed what have been called the most important security issues of our times.

This whole class of self-designated security elitists have presided over the decline of American power and prestige. They lacked the courage and honor to stand up and be counted during the terrible Obama wartime decisions. They knew the military power of the United States was being systematically diminished. They knew about the fiasco over Benghazi and the failure of the leadership to even try to rescue the valiant men who died there. They knew the Obama infatuation with Iran was leading to a terrible deal that would reward the No. 1 terrorist sponsor in the world. They knew we should not have withdrawn all our forces from Iraq. They knew the Obama polices were failing to deal with Syria and the growth of ISIS. They knew Putin intends to reconstitute the Russian empire and that the Chinese were expanding their dominance in the China Sea. And they all stood quietly by, obeying orders from an administration they knew had a view of the world very far from reality.

Where were their petitions and outcries then? Why didn’t they resign in protest? To resign and protest in the face of a vindictive leader takes honor and courage. It seems these critical characteristics were missing. These men are not leaders. They are merely failed managers who valued their careers over the needs of the nation.

Donald Trump scares these timid managers. None of them would last in a Trump administration.