A small group of ranking al Qaeda members were holding a critical meeting in Karachi, Pakistan. Since the destruction of the twin towers they hadn’t been able to bring Jihad to 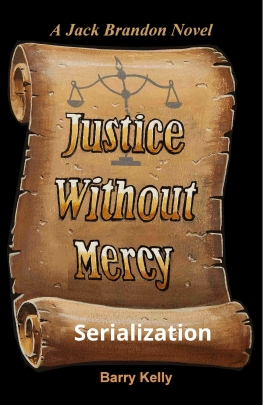 America. Their leader, an Egyptian who had been educated at Princeton University and lived almost twenty years in the United States before joining the movement for Jihad, was the undisputed theoretician in al Qaeda. He was using the name Mustafa al Faraq and traveling on a Jordanian passport. To his followers, he was known as the “Professor.” The group filed back into the meeting room after prayers. When everyone was seated, the Professor said, “I must tell you now about the enemy and how we are going to defeat it. With the defeat of America, the Christian world will dry up, leaving the followers of Allah to inherit the Earth. When you are looking for a weakness in an enemy, you must look at their strength, for that is where you will find its weakness.

“America’s strength is in the unprecedented freedom of its citizens and the diversity of cultures, races and religions that function freely and unfettered in the so-called New World. Most Americans pride themselves on the tolerance they show each other in the face of vast differences in attitudes and beliefs, emanating from the multi-ethnic and religious fabric of their society. Within that fabric there are many threads that have never been tightly woven. It is our task to find those threads and pull on them until the fabric of national unity comes apart. We shall fray that fabric so badly that it can never be woven back together again. The melting pot that mixed races and religions will boil over and spill its stored up hatred across the Great Satan’s land. Do not think that the American people are weak or afraid. They are a powerful warlike people that cannot be defeated on the field of military battle. Even though many of them blame their country for all wrongs and believe that talk, negotiations and compromises can solve all problems, we cannot defeat them. They must be led to defeat themselves. That is our challenge and it is why we are here today. We must take the battle to America.

“As long as the battleground is on our sacred soil, we are losing the war. On our land, the Americans and their allies use their soldiers with all their awesome firepower and reconnaissance capabilities against us. Within their own country, they send police, lawyers and courts to fight us. They don’t realize that the location of the battlefield doesn’t change the struggle. It is all part of the same war. One does not send lawyers, judges and politicians to war. In America, the politically correct way to fight the war we are going to bring to their shores is to use ‘law and order’ techniques. This approach will never work against our disciplined Jihadists who are willing to sacrifice their lives.

“Now, let me discuss their other weaknesses. There are hatreds between Blacks and Whites, between Blacks and Hispanics, between Muslims and Christians, among Protestants, Catholics and Mormons. Jews and non-Jews. Southerners and Northerners. Irish and Italians. Puerto Ricans and Blacks. Germans and English. Illegal aliens and citizens. The rich and the poor.

“We must act as the catalyst that fans these historical differences into an open flame that will consume our greatest enemy. We have seen this strategy work in Iraq by exacerbating the anger between Sunni and Shia. On the battlefield, we are no match for the Americans. But, by using the long repressed hatreds of the people against those of different races, religions and beliefs, we will triumph. That is the theory. Now, how do we make it happen?

“Many Americans are already angry with Muslims, so it should be easy to make them take out their anger on moderate Muslims by planting a bomb to explode in a city with a large Muslim population. The Soldiers of Allah, a title I just made up, will take credit for the bomb. A single action may be enough to drive some of the angrier anti-Muslims to take violent action. If not, we must have patience and try again. The Koran does not require haste. It only requires faith and sacrifice.

“Over the last five years, we have trained a number of Americans and sent them back to America to await our call to action. We now need them to attack America from within. Burn Black churches by a revived racist group, the Ku Klux Klan. Burn White churches in the name of Black revenge. Attack Jews, in the name of Muslim organizations. Attack Hispanic illegal aliens in the name of a mythical right wing American group. Blacks attacking Asians. Poor attacking the rich. All these attacks will be believable. Your job is to provide the money and the martyrs necessary to keep the attacks going. This is our most important project. I will be going to America soon to get this Jihad begun.”