Hasani called for pickup when he and Ali started up the wooded, sharply inclined slope. 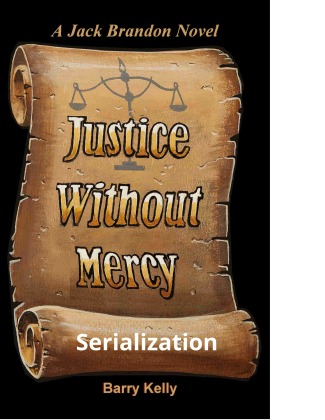 He knew they could be in position on the side of the westbound lanes in 12 minutes. Traffic would be heavy on the eastbound lanes. No matter they would get across. He didn’t think the police would have stopped commuter traffic. The capitalist minions had to get to work. They didn’t even know they were in the midst of a war zone. Next time they might be the targets.

Hasani was pushing Ali. Ali was breathing heavily and asked to take a one minute rest. Hasani refused and pushed on. He should have known men like Ali don’t keep themselves in good condition unless someone makes them. He had been so busy getting ready for the Professor’s war, he neglected his men. Now it was too late. Using his immense strength and stamina, he surged past Ali and grabbed his jacket and pulled Ali up the ridge. In a few places he had to use a convenient tree trunk to get them up to the edge of the Parkway. He could hear cars moving swiftly down the Parkway toward the major river crossings into DC. Pulling himself up, he saw the cars were moving at least 50 mph and nearly bumper to bumper. He thought these are crazy people to be rushing to their boring godless life’s work.

The white pickup had already pulled off the road and was impatiently waiting. The driver was waving his arm at them as Hasani, still dragging Ali, appeared on the edge of the eastbound lanes. Only the lanes of fast moving traffic with no breaks were between them and their escape.

At last Hasani saw a break in the traffic. Reaching back to grab Ali, he said, “Be quick. This is our chance.” The break came and Hasani dashed into the break, almost dragging Ali. Crossing the second lane of rapidly braking cars, Ali slipped from Hasani’s grasp and sprawled on the pavement. Hasani looked back, saw there was no chance of dragging Ali off the Parkway, and leapt off the pavement into the grass strip between east- and westbound traffic. He heard the sickening thud of a swerving SUV hit Ali who was trying to scramble to Hasani and safety. Ali was dragged nearly ten yards before his body rolled off the roadway. Hasani left his heavy pack by the road and raced to Ali. He saw that Ali still lived but was terribly mangled by the heavy SUV. Without hesitating, he pulled his Browning 9mm and shot Ali twice in the head. Then picking up Ali’s rifle, he ran back, snatched up his pack and darted through the sparse traffic on the westbound lane. As the pickup merged back into traffic, Hasani promised to give thanks for Ali’s support and his early martyrdom.

He told Asad, the driver, to get off the Parkway at the McLean exit and drive thorough McLean to the Tysons Corner shopping center. He knew he was seen getting into the white pickup after shooting Ali. In the day of everyone with a cell, reports of accidents and crimes flowed into 911. The pickup truck had to be dumped in the parking lot of the shopping center. He would call for a car from his other team members. He hoped he wouldn’t have to abandon his favorite sniping rifle. True to his reputation. Ten shots, ten hits. With that rifle and God’s will, he could not miss.