Coached by Jack and Kathy, Sam negotiated a meeting place and time with Frank. Jack 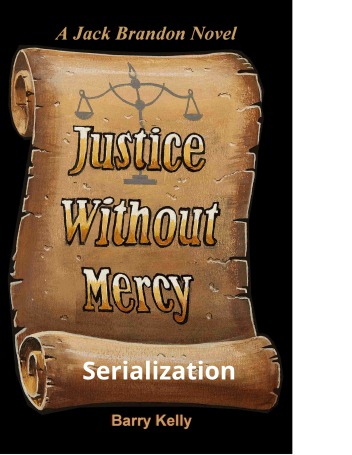 was surprised and a little alarmed at how easily Frank agreed to the Great Falls Park meeting site. Obviously, he was confident he could manage the circumstances. It was a one-on-one meeting. Only Sam Richfield and Frank would be meeting at the designated site. There was no discussion of guns or no guns.

Richfield would carry his Browning and Frank would surely be armed. Jack wondered if Frank would have the FBI or the police standing by to cover him, but decided that would be too big a risk for Frank. He had to get rid of the people that could compromise him, not arrest them. Their testimony would be damning. No, Frank was too smart to use the legal system.

Just after midnight Kathy dropped Jack and Kelly near the entrance to the park. They both carried Stoner SR-25 rifles with sound suppression and ghillie suits they would put on at their shooting site. Richfield knew where to stand to shield himself from shots coming from the angle Jack was sure any shooter, especially Hasani, would use. The sun angle at the time of the meeting would be a critical factor in the selection of a sniper sight. Jack expected there would be more than one shooter.

He had debated whether to have Kathy or Kelly with him to protect Richfield and kill Frank. Kathy wanted to be with him, but she was the only one who could take advantage of Frank’s concentration on the meeting to enter his house and search for data incriminating Jack, his father and her. She knew Frank’s habits, his thought processes, and had been in his house a few times when she worked directly for him. Kathy had experience in surreptitious entry operations and knew the methods intelligence operatives used to protect their hiding places.

Frank had been living alone for the last two years. He had no close neighbors and landscaping shielded the house from direct view from the street. Storm volunteered to be her driver and warn her of anyone approaching the house.

In selecting the second shooter, Jack’s instincts told him, even with the limited practice Kelly had in using a rifle, she was a better reaction shooter than Kathy. Kathy still had the fatal killing flaw of thinking too much. Also, she had been one of Frank’s prized officers. She once had great respect and admiration for him. Jack thought those past feelings might cause her to delay a shot for a few seconds. All the doctrine preached “to be tentative is to die.” Kelly did not have a tentative bone in her body. She had shown her willingness to shoot quickly and with deadly efficiency.

By 1:00 AM, Jack finished positioning Kelly. She had her lines of fire and instructions on what to look for and when to fire. With her camouflage suit and nearly buried in dead leaves, an opponent would almost have to step on her to see her. Jack selected a position 25 yards to Kelly’s right, a little closer than he liked for the mission, but he wanted to be able to support her quickly. Both were equipped with low-powered line-of-sight transceivers and night vision capability.

Jack knew, no matter what Frank planned, his back-up would be in place before sunrise. He also knew it was a job for more than one shooter. He had some doubt Frank would show up. If his back-up shooters could kill one or more of the people who had evidence he was a traitor, without exposing himself, why would he.