Tag Archives: speaker of the house

CUT OFF THE CASH

What is Speaker Boehner thinking? Suing President Obama is a sham. Our founders gave the speaker enough power to defend the Congress, only he is afraid to use it. Instead he decided to whine to the courts. “The President stole my toys.” Come on, grow up here. 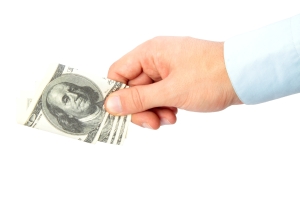 The problem is that the speaker is afraid he and the Republicans will be blamed for shutting down the government. Nonsense. Essential functions can be funded and it is the president who shuts down the government because he wants it all.

Look at the last fiasco, because the House wanted the president to delay the implementation of a piece of the Affordable Care Act, the president decided deliberately  to shut down parts of the government that hurt the people rather than negotiate or comprise. As usual, the teleprompter won the war of words.

The Republican establishment let Obama define the issue. As a result, people blamed the Republicans for shutting down parts of the government. Senator Ted Cruz had to go to the House to persuade the Representatives to use their funding power. The House leadership is not being responsible to their constitutional grant of power nor to the people they go to Washington to serve. The speaker would have us believe he is leading the charge to protect the constitution and curb Obama’s imperial presidency. It is all smoke and mirrors.

If the speaker and the Republicans in the House don’t use their constitutional powers to appropriate or not appropriate funds for the government to protect our freedom, provide a strong, well-equipped military, and grow our economy, they are not worthy of our support or trust. There is not much of that left.

The ship has run aground. The captain, who managed his own election, lost his touch. Part of the crew is loyal because they see no other alternative. The rest of the crew knows it needs a new captain, but can’t seem to summon the guts necessary for a mutiny.

The ship is named the GOP. The Speaker of the House didn’t see the shoals and allowed the ship to drift until his ship got moored in the soft sand. These are uncharted waters and the speaker is at a loss. He doesn’t know what to do. So he does nothing.

Sound like a parody of the Republican House of Representatives? Yes! The speaker and his top mates believe the situation calls for doing nothing. Their opponents, the progressive Democrats, have such a terrible record that the speaker believes the voters will reject them in the November 2014 elections. The voters might do that if they had any belief or trust that the Republicans had anything  to offer except negative votes.

But the House Republicans have failed to offer clear options. I’m a news junkie and a conservative of the Reagan school and I haven’t got a clue about what the House Republican leadership offers in health care, defense strategy, foreign policy, shape and size of government, welfare reform, tax reform, reforming a corrupt civil service, education, or immigration. Sure, every once in a while some representative offers a partial solution to one of these areas, but the House leadership acts as if they don’t know what to do with new ideas, except to ignore them.

I believe they are afraid to be innovative and precise about their plans because someone might use them against them in the battle for election of members in November 2014. So they never play their best hand and continue to hide their cards. A pot is seldom won with unplayed cards. House Republicans: Get out of your comfort zone and do what we sent you to Washington to do. Protect the nation and our individual liberties.

Sometimes a mutiny is necessary to save the ship.

Written by the author of the Jack Brandon novels. http://www.facebook.com/factsandfictions.

Tagged as GOP, issues, Republicans, speaker of the house